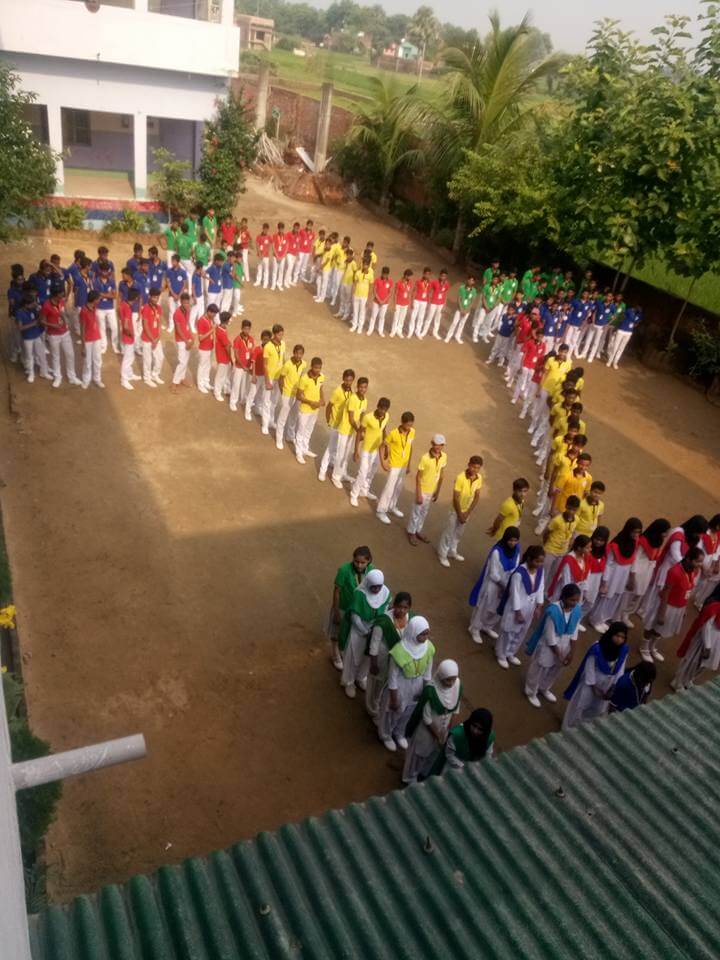 National Unity Day was celebrated at 31st October 2017 at Kainat International School.  It is celebrated to commemorate the birth anniversary of Sardar Vallabhbhai Patel who really unified the country. Rashtriya Ekta Diwas or National Unity Day was introduced by the Government of India in 2014 with the aim of celebrating this event every year on 31st October. The aim of introducing this event is to pay tribute to the great man, Sardar Vallabhbhai Patel, on his birth anniversary by remembering his extraordinary works for the country. He really worked hard in keeping India united.

The students of Kainat International School celebrated this day in a very unique manner by forming the Indian map by wearing their respective house colours.